Three months ago we held a vigil for the death of the cryptocurrency bull market. Last month, my HodlBot portfolio went up by 50%. What a wild ride.

While this volatility doesn’t bother long-term HODLers like myself, price instability is a large barrier to mass-adoption of cryptocurrency.

It’s hard to use crypto to pay for stuff, when prices can fluctuate 20% day-to-day.

The promise of stability has led many to call stablecoins the “holy grail of cryptocurrencies”.

Despite the praise, history has taught us over and over that currency pegs can break, and cause wide-spread catastrophe when they do.

To name a few:

Despite this, the cryptocurrency community is determined in engineering stablecoins. Optimists believe price-stability will usher in mass adoption for cryptocurrencies. It’s hard to pay for stuff using crypto when prices can fluctuate 20% daily.

There are 3 main categories of stablecoins: 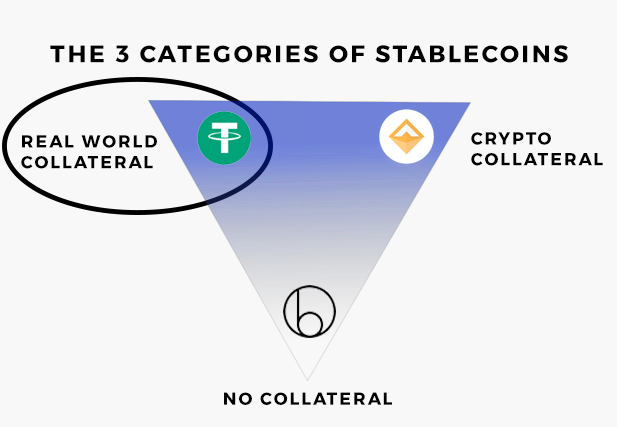 Stablecoins backed by real world collateral are simply a digital representation of fiat currencies or valuable commodities like gold.

USD Tether (USDT) is an example of stablecoin backed by real-world collateral. It is owned and operated by Bitfinex, one of the world’s largest cryptocurrency exchanges. USDT claims to keep $1 USD on reserve for every unit of USD Tether issued. They also claim that Tethers are redeemable for USD on a 1:1 basis.

While this seems like a great way to achieve price stability, there are some major weaknesses to this approach.

USDT is being accused by the cryptocurrency community of minting tethers not backed by USD, and critics have demanded independent audits to verify USDT’s integrity.

So far, the situation does not look great. USDT’s relations with their original auditor, Friedman LLP, deteriorated after Freidman asked for additional information that USDT was not willing to provide.

Recently, damning audio recordings have been released implicating USDT in fraud. Currently they are seeking another auditor to validate their records which Bitfinex’ed, a harsh critic of USDT, claims to be just a stalling tactic.

Many think USDT fraud would only impact a small part of the total cryptocurrency market cap.

But JP Morgan estimates a 1:50 ratio between fiat-inflow and market cap. Given that USDT is effectively one method of fiat-inflow, every USDT used to purchase cryptocurrency increases the overall market cap by $50.

If fake USDT are issued, then worthless USDT is being used to artificially prop a significant portion of the entire cryptocurrency market. Once the fraud becomes clear, the market goes boom.

Credit to u/arsonbunny for the inspiration

Here’s how /u/arsonbunny sees the collapse:

USDT is an example of what can happen when investors blindly place their trust in stablecoins to hold the correct amount of collateral. Let’s not forget the purpose of cryptocurrency is to move away from this kind of centralization. 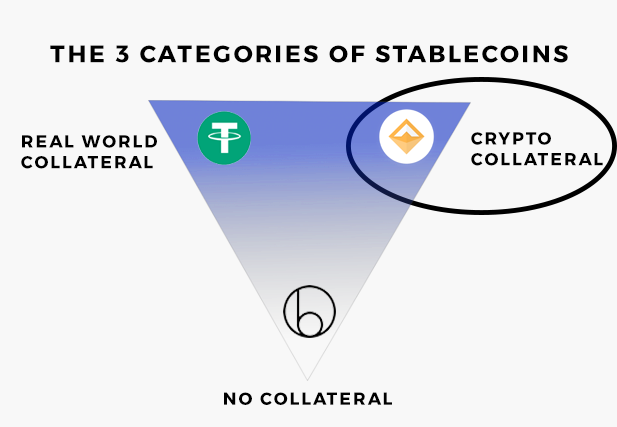 So now that we’ve seen how stablecoins backed by real world assets have trust issues, let’s turn our attention to stablecoins that use cryptocurrency as collateral.

This category of stablecoins claims to achieve price stability by over-collateralizing cryptocurrency against the issued tokens.

For example, if we wanted to create a stablecoin that is backed by Ethereum, we’d issue 1 stablecoin worth $1 that is in turn collateralized by $2 of Ethereum (as opposed to 1 USD) . If ETH falls by 50%, our stablecoin would absorb the shock and still be valued at $1.

These stablecoins don’t have the same trust issues because they can prove that the assets in reserve are locked up in smart contracts on the blockchain.

However, they are much more vulnerable to price shocks than their fiat-commodity counterparts. If the backed collateral were to crash hard enough, which is very possible in a volatile cryptocurrency market, price-stability would shatter.

BitUSD, a stablecoin created in 2013, exemplifies the weaknesses found in this model. 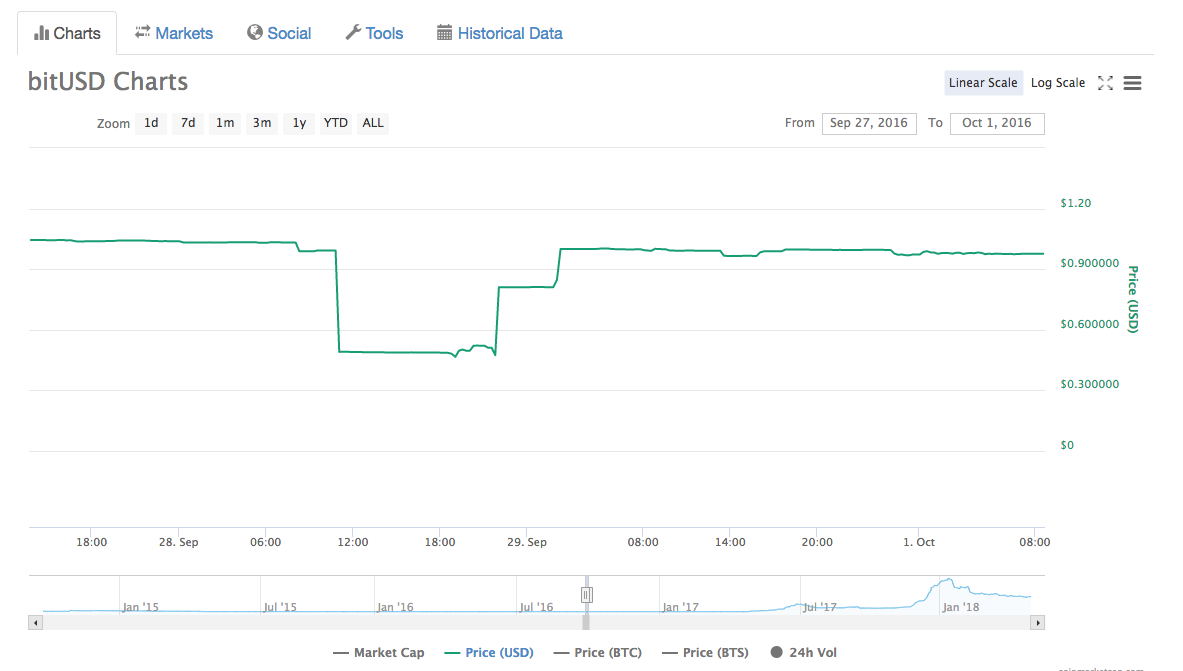 Warning:* this model is pretty complex and its shortcomings are disguised by fancy jargon. We’ll need to make an effort if we want to uncover the wolf in sheep’s clothing.*

Rather than making myself sick explaining how BitUSD works, I’m going to let Christopher Georgen take this one. He does a good job explaining it in plain English:

Do you see the glaring problem?

If the price of Bitshares always rises, then everything is fine. The collateral gains in value relative to issued token so it can always cover what is owed.

But when prices start moving downwards fast enough, the excess, but now devalued collateral held by the least-collateralized position is not enough to cover what is owed. 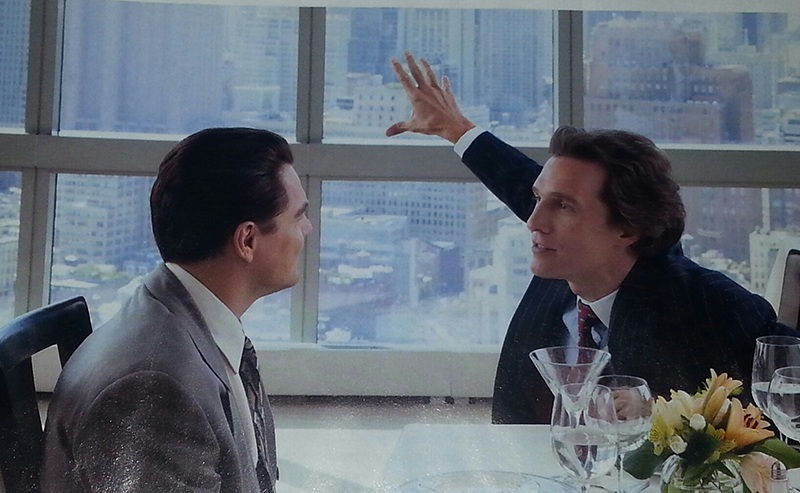 MakerDAO Dai — Not so Stable Either 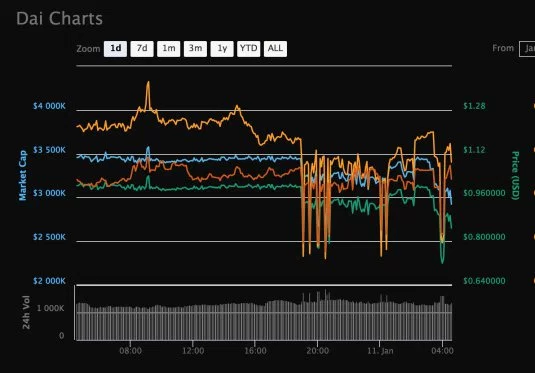 Christopher Georgen did such a good job explaining BitUSD I’ll let him explain Dai too.

Like with BitUSD, everything is kosher when prices go up.

But when ETH prices go down, MakerDAO starts liquidating ETH collateral in anticipation so the value of Ether backing Dai doesn’t go below 1:1.

In mild price downturns this is fine. But black swan crashes happen fast and they don’t give you time to recover. In market meltdowns, selling ETH to liquidate Dai would actually contribute to driving the price down faster.

MakerDAO has a contingency plan for this. The community of MakerDAO MKR token holders will bailout DAI as a buyer of last resort.

Not to underestimate the MakerDAO community, but I really doubt any such community can stand against a torrent of sell-orders in a market crash. 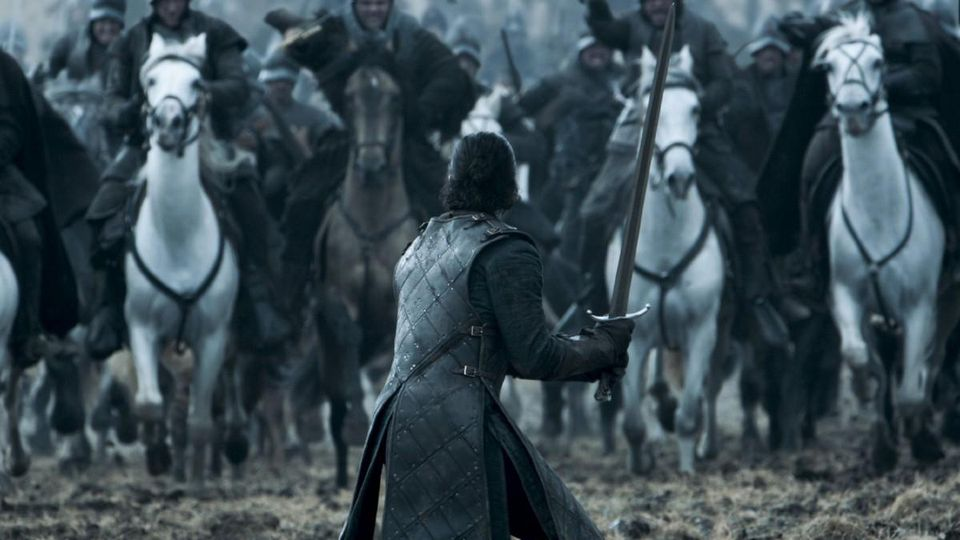 Trying to maintain the peg during a market sell-off 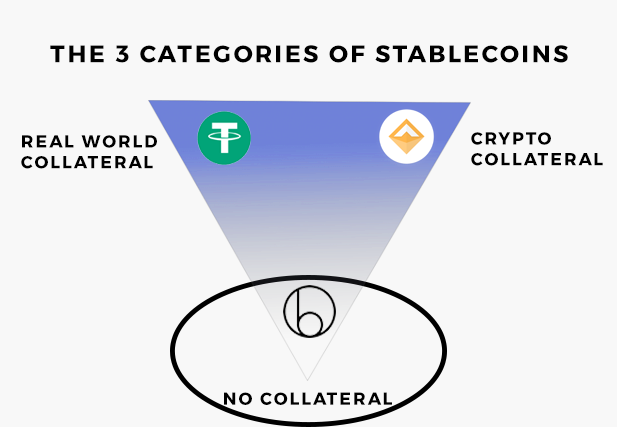 Now that we’ve already examined the 2 categories of stablecoins that require collateral, maybe you’re thinking: “what if we don’t need any collateral for a stablecoin?”.

What if people just believe that the price should always go to $1, so they resolves discrepancies in the market through arbitrage? After all, fiat currencies are not backed by anything and they work.

Well my friend, we’ve made it to the final category of stablecoins and perhaps the most misunderstood: stablecoins without collateral. 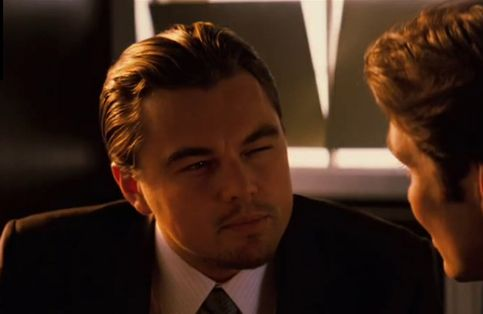 We must go deeper

How does it work

It is always possible to mint new tokens and increase the monetary supply. But, there is a limit to how many tokens we can buy back because we don’t have infinite money.

For this reason when prices go below $1, non-collateralized stablecoins typically issue a bond that can be purchased for 1 coin. This bond is then redeemable in the future for $1 when the price of the coin goes back up.

Although it sounds like a fair solution, participants are only incentivized to purchase the bonds if they believe that the price of the coin will go up in the future. And in order to do that, there must be new entrants and net new inflow to subsidize the profit-taking of bond holders. Like we’ve seen before, stablecoins that only work when the market goes in a positive direction, tend to be not very stable at all.

Basecoin — A Proposed Solution to Stablecoins Without Collateral

Basecoin attempts to peg its price to 1 USD without the use of any collateral by controlling the money supply.

In order to do so, they issue two different kinds of tokens

Base Shares are issued to early-adopters of Basecoin. When the price of Basecoin is above $1, new Basecoins are paid to Base Share holders as dividends. Newly minted Basecoins are then sold on the open market, increasing total monetary supply and bringing the price back down to $1.

When the price is below $1, Base Bonds are sold on the market for Basecoin. The bonds cost 1 Base Coin each and come with the promise to repay the bond holder $1 when the price of Basecoin goes back to the peg. The Basecoins used to buy these bonds are taken out of circulation and reduce the monetary supply, bringing the price back up to $1.

Token holders need to be able to take profits, or at least believe that they can. Otherwise they don’t have a reason to want Base Shares and Base Bonds. For this to happen, they they need to be able to sell their assets to new entrants. The new entrants then need to find even more noobs, and on and on it goes.

No wonder that critics say Basecoin looks like a pyramid scheme. 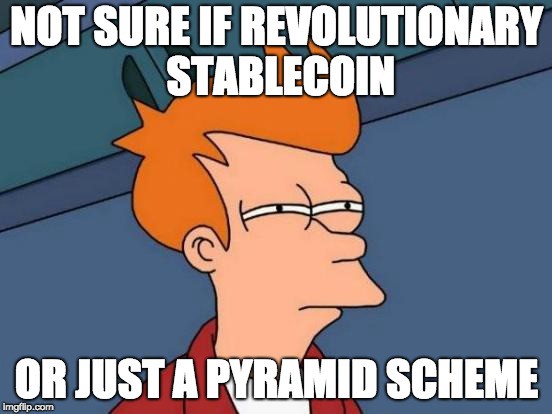 Like DAI and Bitshares, everything works when the market goes up, but going downwards is a precarious fall.

When prices slip under $1 and there are too few bonds being purchased and not enough new entrants, the only way to keep the peg is to for insiders to simulate demand by making large artificial buys. 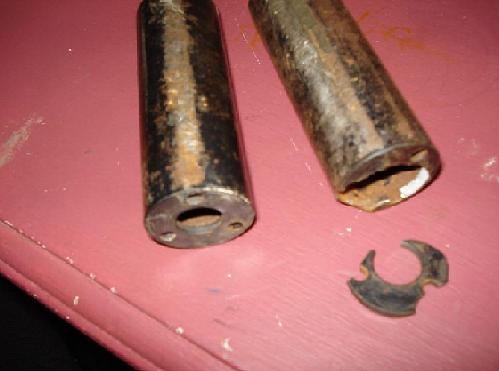 My prediction for Basecoin — a broken peg

Although I appreciate the sentiment towards building a price-stable cryptocurrency, I’m just dubious about forcing volatile markets to be stable through man-made efforts.

Markets are complex systems that thrive on volatility. When we try to artificially repress natural movements, we are mistaking a complex system that does not respond linearly to inputs, for a simple one that does. 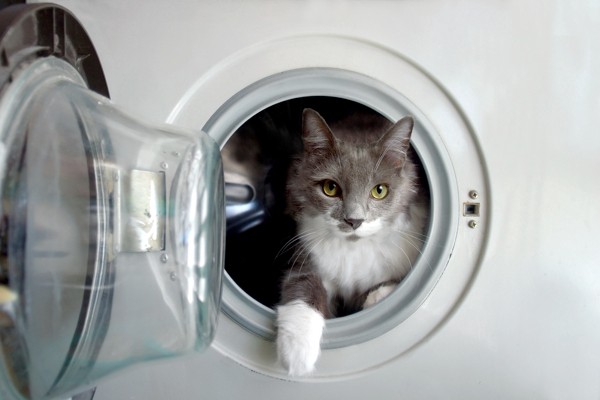 The Cat and the Washing Machine from the book Antifragile illustrates the difference complex systems vs. simple man-made systems.

In the short-term we are able to achieve some artificial stability as long as market participants play along. But stablecoins claim to be stable, forever. And that is a promise that cannot be kept. If the history of markets have taught us anything it is that: the market will always decide what the price of something should be, rather than the other way around.

Maybe the answer to price-stability is one we don’t want to hear. And that is price stability can only come with time when more real life uses emerge for cryptocurrency. Rather than stablecoins, perhaps that is the holy grail we should all be searching for instead. 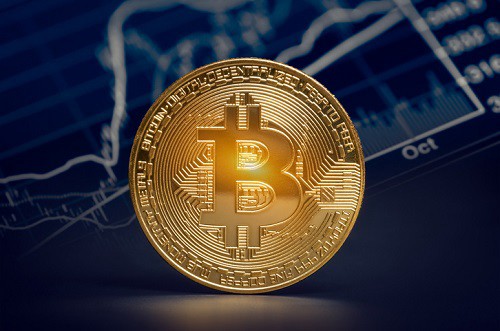 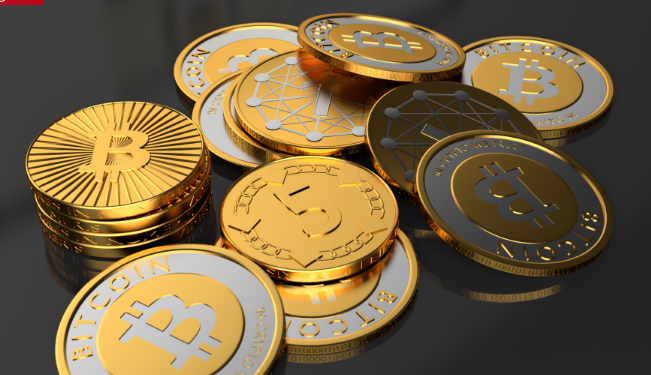 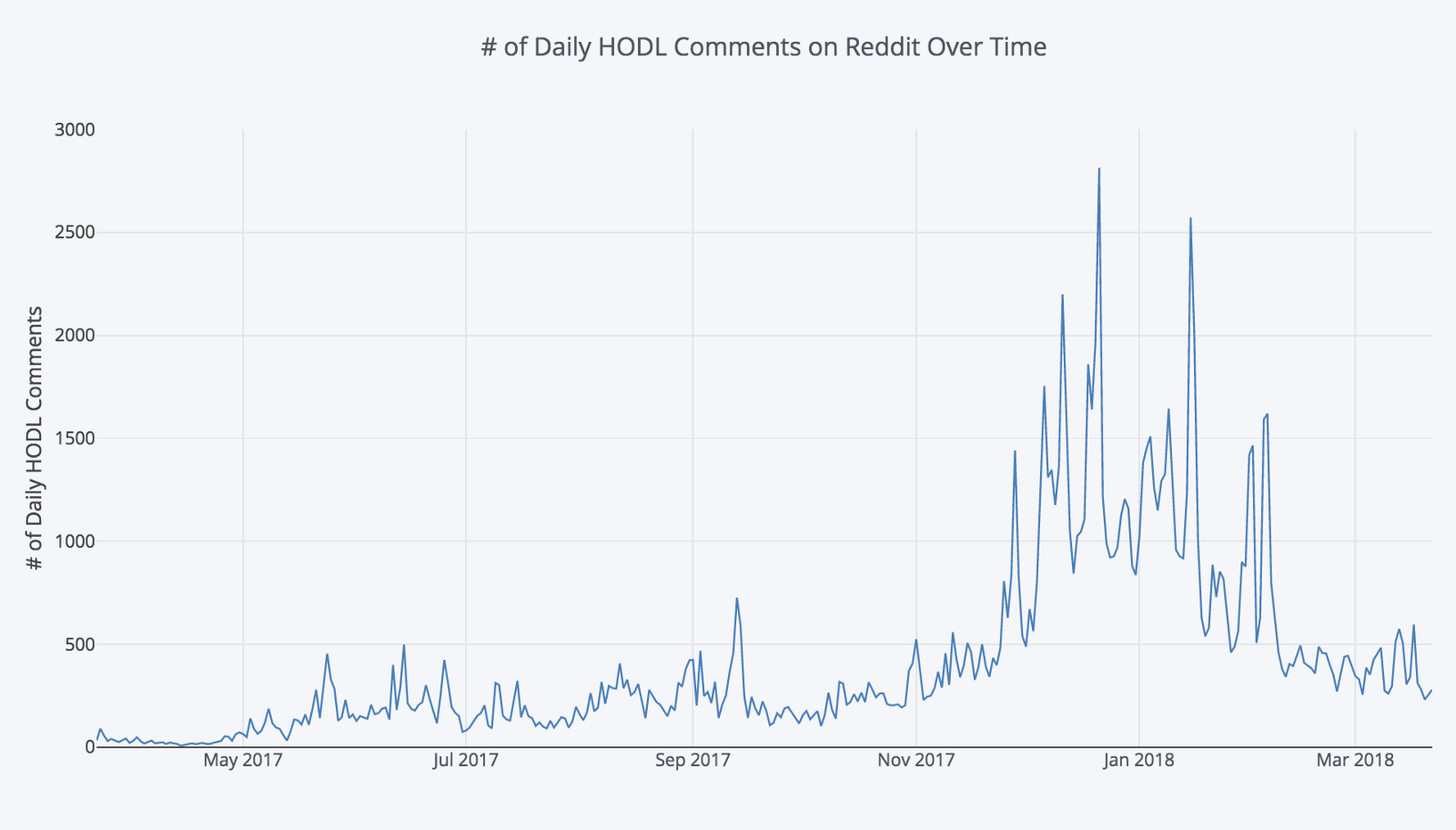